18-year-old man punished for raping 14-year-old girl, and this is somehow a travesty of justice

Anyone with any knowledge of sexual assault knows how rare and how difficult it is for a sexual predator to go to prison. But sometimes it happens, as with Ken Thornsberry, who was first given probation and then locked away for 15 years after violating the terms of his probation. But this is a terrible, terrible thing! At least according to Judy Molland in an article on Care2.com.

Did you know that rape is a form of casual sex? News to me, too.

Good old Man Boobz has done it again, and lead me to a post I can write about by Susan Walsh of Hooking Up Smart.


She made a “flow-chart” (in scare quotes because it’s…not really a flow-chart at all so much as, I don’t know, vomit with a bunch of arrows? I’m being generous here) in which she tries to show how casual sex leads to “ECONOMIC STAGNATION!!!!!!!!!!” Yes, that is an exact quotation from her chart. And you know, I could detail, as others already have, how problematic it is to assume that something untested and unproven is “common sense”, but that’s not what pissed me off or inspired me to write about it. Rather, it’s that sexual assault is included under “casual sex”.

At man boobz, David issued a challenge using the Regender website. It allows one to enter a URL and change everything male to female and vice versa. I have a lot of MRA and other misogynist quotes I'd like to play with, so instead of cluttering up the thread, I've decided to post them here. For whatever reason, the deviantART URLs don't work, so I've edited the quotes myself. I've also reversed rape and false accusations of rape because I think it's funny.
Read more »
Posted by Alex at 8:03 p.m. 2 comments:

I'll be waiting a while

Well, breakups suck. My boyfriend of six years broke up with me last night. That and many other reasons contribute to the suckitude (it's a word, damn it!) of this, not least that male "friends" of mine whom have shown more-than-friendly interest in the past are now going to assume I'll go for them. Men who can actually see women as human beings they might want to just be friends with seem few and far between for me past high school. One I lost contact with, one I ended up dating (he's the one who just broke up with me), and the other is gay. Just about every other male friend of mine is, well, too friendly, and there are few, if any, of them I would actually take up on their offers. You see, investing in a relationship with a very intelligent and intellectual man for over a quarter of my life has left me with some high standards. Basically, I don't want to do it all over again with another man. He's simply going to already be where I'm at. Thus, I decided to to devise some ground rules for dating me. The fact that none of the aforementioned too friendly males have likely read this or will read it pretty much solidifies that we will never end up together. So here it is as follows:

You think you even have a chance at a long-term relationship with me?

As a feminist, one becomes more and more aware of our misogynist society and all of the little and big things that help to uphold it. As anyone recognizable as a woman, cis or trans, one thus can no longer accept street harassment as "normal" behaviour. But it's still hard to deal with. Realizing that such people are exercising their privilege and think of you as an object, rather than it being something you've done, doesn't help one deal with such harassment, at least at first.
Read more »
Posted by Alex at 5:57 p.m. 2 comments:

So, it’s currently 5:22 this sunny afternoon* and I just got told to smile about ten minutes ago. What, on earth, does this have to do with anything, you ask? Well, let me share with you that I had just finished renewing my bus pass and was on my way to the bus stop when I noticed a man I’d passed earlier playing his guitar. I’d already given him two quarters and didn’t expect him to recognize me. I wanted to avoid the awkward, “Oh I just saw you a little while ago” partly because I hate not to give what little money I can spare to those in need of it. What can I say? I’m something of a philanthropist. Well, in trying to avoid looking at this man, I, looking in front of me (as one generally does when walking), accidentally made eye-contact with a different man sitting outside a restaurant. I looked away and continued walking and just as I passed him, he said “Smile.”

I have a story to tell here. For safety's sake, I won't tell who's it is, be that mine, my friend's, my family member's, or some random woman's whom I met on the bus, although I have written it in my style regardless. But I have to tell it because it deals with an important issue to me, made even more important by this story, and it flies in the face of many common myths surrounding abortion. Nothing has been embellished here; it's all true. Some of those reading may know whose story this is, and that's fine, but I'm relying on the relative anonymity of the internet to at least induce enough confusion to protect the narrator's identity.

Email ThisBlogThis!Share to TwitterShare to FacebookShare to Pinterest
Labels: abortion, child abuse, choice, dispelling the myths, reproductive rights, sex, sexual assault, survivors speak out, to disclose or not to disclose?, whose body is it anyway?

The most laughable of MRA myths

I might be late to the party here as, but the MRA myths are getting really, really ridiculous, so I just have to debunk them.


Women urinate from their vaginas. (tenth comment down)
Lead there from Man Boobz.

So apparently he's dead. I'd heard from unverified sources that he'd died years ago, and I do find it a little suspicious that his body was simply dumped into the ocean without, it would seem, an autopsy, etc.. Of course, they claim to have DNA evidence, but where's the proof that they have it? It also seems just a little too convenient given that Obama's popularity had significantly fallen and now this happens shortly before the next US election, and predictably everyone's an Obama fan now.


But whatever. We'll leave all that aside. It may be coincidence after all; he really could have been killed recently. I don't know for certain, so let's go with it. And this brings me to people's responses, mostly Christians, remember.

Email ThisBlogThis!Share to TwitterShare to FacebookShare to Pinterest
Labels: 9/11, argument, Christians not so Christianly, concerns, courts, language, Middle East, misogyny, not even they deserve this, political, racism, war

I can't help but cry

I love The Curvature and visit it often. There hasn't been an update in a while and the last post is on the De Anza rape case, an open letter in empathy to the victim since she lost the civil suit too. I had already read it, but couldn't help myself from reading it again. Maybe because the complete lack of justice in this case hurts and I'm still trying to process it, I don't know. But I decided to read Cara's earliest post on this. It's full of rage and understandably so, but coherent nonetheless. I also read the one following it. Cara's been at this case for a while, so I imagine she's still pretty upset by this.

Often, in arguments of feminism, you come across the subject of chivalry. These days, it seems that anti-feminists are offended at feminism's rejection of chivalry (holding the door, taking her coat, pulling out a chair, etc.), but let's take a closer examination, shall we?            In many arguments I've had in the past, I've had men declare that if women wanted equality, then they shouldn't expect chivalry. Well, I personally have never expected chivalry. I was taught that it's polite to hold a door, not that it's polite for specifically men to hold the door for specifically women. If I reach the door first, I hold it for the person who comes after me, regardless of gender. If someone is ahead of me but is elderly, has too much to carry, is physically-handicapped, or has small children with hir, then I will speed ahead to hold the door. If, however, a perfectly capable person is ahead of me, then I expect that person, again regardless of gender, to hold the door for me. Or if I am carrying many things, I would be grateful if someone sped ahead of me to hold the door. It's just simple politeness between human beings.
Read more »
Posted by Alex at 9:45 a.m. 2 comments:

Words and terms you may come across in this blog

Everyone has their own personal set. This is mine.
Enema: Replacement for "douche bag" as an insult since it is gender inclusive.
Dershbag: Also a replacement for "douche bag", but with its own meaning as well. Since the term "douche bag" is harmful to women, "dershbag" is a term for people who are themselves harmful to women, such as misogynist lawyer Alan Dershowitz. Dershbag may also be applied to people guilty of a slew of Dershowitz-like behaviour, such as plagiarism, hypocrisy, and outright lies, particularly pathological lying.
Read more »
Posted by Alex at 10:22 p.m. No comments:

Wrestlemania: bad, but not as bad as it could be

Part of any relationship is compromise. The compromise last weekend began with a discussion well before in which I told my boyfriend that it would be nice if he involved me in some of the activities he did with his friends. He then recently extended an invitation to me to Wrestlemania weekend. So a compromise. I hadn't watched wrestling since I was a child since my stepfather loved it, nor had I any wish to. But I was happy to be invited and I enjoy spending time with my boyfriend and I felt it would be a good opportunity to analyze it from a feminist perspective. 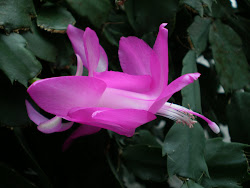 Feminism and other sites I visit 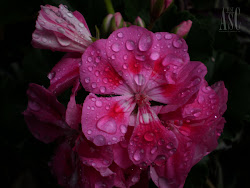